Some people have taken Mark Twain’s quote to heart when he said, “Buy land, they’re not making it anymore.” Land remains a popular investment and wealthy people continue to snatch it up quickly. A large portion of the United States is owned by a few people, and there’s a chance you’ve never heard of them. From private herds of bison, prestigious orchards, groves, and vineyards, massive timberland forests, to $725 million ranches, these landowners’ portfolios are impressive. The Land Report tracks land ownership and according to their latest research in the 2016 Land Report 100, these are the 20 largest landowners in the U.S.

Topping the list is former CEO of Tele-Communications Inc. John Malone who has acquired a whopping 2.2 million acres of land. He’s a graduate of Yale University and received a Ph.D. from Johns Hopkins University. Nicknamed the “Cable Cowboy,” Malone’s net worth has been estimated at $7.6 billion by Forbes. His land ownership includes the Silver Spur Ranch in Wyoming, Bell Ranch and the TO Ranch in New Mexico, as well as ranches in Colorado and Nebraska. He owns substantial tracts of timberland in Maine and New Hampshire and even bought Humewood Castle in Ireland.

Owning over 2 million acres across 10 U.S. states is American media mogul Ted Turner. He’s known for founding CNN, the first 24-hour cable news channel as well as owning Turner Broadcasting System Inc and serving as vice chairman of Time Warner. Forbes has Turner’s net worth at $2.3 billion. He held the title as the U.S.’s largest landowner for 15 years. His land ownership includes 3 ranches in Argentina and 16 in the U.S., including the well-known Standing Butte Ranch which was featured in the Academy Award-winning film Dances With Wolves. Turner also happens to own the largest private bison herd in the world consisting of about 51,000 bison spanning across 15 ranches.

Coming in at 1.95 million acres of land is the founder of Sierra Pacific Industries Archie Emmerson and family. Under his management, SPI has become the second largest lumber producer in the U.S. The family’s net worth is an estimated $3.7 billion by Forbes. The Emmerson’s land ownership largely consists of timberland in northern California and western Washington. Even though they cut down a lot of trees, they have made committed conservation efforts by partnering with environmental organizations to help protect endangered species’ habitats and utilizing wood waste to produce electrical energy by way of cogeneration plants.

Right behind Kroenke is Green Diamond Resource Company owners the Reed Family who own 1.37 million acres of land. Green Diamond is a fifth-generation owned business that specializes in the manufacture of forest products. They celebrated their success in 2015 by planting their 100-millionth tree. The Reed family is estimated to have a net worth of $1.7 billion by Forbes. The Reeds own forests in California, Oregon, and Washington and claim to place large emphasis on environmental preservation.

Holding 1.24 million acres is the Canadian business family the Irvings. James, Arthur, and John Irving took over the family businesses when their father died in 1992. Brunswick News, J.D. Irving, Limited, and Irving Oil are ran by the brothers who have grown the companies substantially. James and Arthur combined have an estimated net worth of $9.2 billion. Their land ownership is composed of timberland in Northern Maine where they are involved in forestry products, hydro energy, agriculture, and more. They also own land in New Brunswick and Nova Scotia. A large portion of their wealth comes from oil, as they supply the U.S with a fifth of its oil imports from their Canadian refineries.

Responsible for 1.1 million acres of land is ingenious electrical engineer Henry Singleton’s 5 children. Before his death in 1999, Henry Singleton founded Teledyne, Inc. and was elected to the National Academy of Engineering for his efforts and contribution to aircraft inertial guidance. He became passionate about land and bought a total of 28 ranches, including the scenic 81,000-acre San Cristobal Ranch in 1986. The children now run the ranches in New Mexico and California which have become one of the nation’s top cattle-and-horse breeding operations. At the time of his death, Henry Singleton owned a little over 1.5% of New Mexico.

Having a total of 1 million acres is Kentucky native and conservationist Brad Kelley. He founded Commonwealth Brands tobacco company and eventually sold it for $1 billion. Later he bought travel guide Lonely Planet from the BBC for $75 million. Forbes estimates his net worth to be $2.2 billion. Kelley’s land ownership includes over 20 ranches in West Texas and New Mexico, acreage in Florida, Hawaii, and Tennessee, and Calumet Farm in Kentucky that sold for $36 million. His famous horse English Channel has produced offspring that have won over $20 million in prize money. He’s known as a person that does his best to stay out of the public eye by rarely giving interviews and not using email.

Following Brad Kelley are the King Ranch Heirs owning 911,215 acres. The 825,000-acre King Ranch is the largest ranch in Texas spanning across 6 counties. Interestingly, the ranch is not contiguous but sectioned into 4 divisions. Only 2 of the 4 divisions border each other. The south Texas ranch was founded by Captain Richard King and Gideon Lewis in 1853. In addition to the ranch, heirs to King Ranch Inc own 60,000 acres of farmland in South Texas along with thousands of acres in Florida that produce sugar, pecans, green beans, orange juice, and sod.

Next up is the Seven Islands Land Company owners the Pingree family who own 830,000 acres. Nicknamed the “Merchant Prince of Salem”, David Pingree started buying up portions of Maine timberland in 1841. The family started Seven Islands Land Company in 1964, a land and timber management holding company based in southern Maine. The family's’ land ownership is in the North Maine Woods, in northern and western Maine. They turn their timber into quality hardwood floors.

672,000 acres strong are the American energy entrepreneurial Wilks Brothers. Dan and Farris Wilks founded Frac Tech, a specialty hydraulic oil fracking company they sold in 2011 to the Singaporean Government and Korea Investment Corporation for $3.5 billion. Their combined estimated net worth according to Forbes is $2.6 billion. The brothers are the largest landowners in Montana including their purchase of the 62,000-acre N Bar Ranch. They also own acreage in their home state of Texas as well 172,000 acres of timberland in Idaho.

Owning 640,000 acres of land is the Briscoes, an influential ranching family from Texas. Dolph Briscoe Sr. began the family accumulation of land by going into the cattle business. After his death in 1954, Dolph Jr. became the owner of the 100,000-acre Catarina Ranch in South Texas. He later served 2 terms as the 41st Governor of Texas. The ranch is now in the hands of the 3rd Briscoe generation. The Briscoe’s present land ownership extends over 9 Texas counties. In their lineage was Andrew Briscoe, who fought in the Texas Revolution and signed the Texas Declaration of Independence.

One of the largest landowners based in Florida is the Lykes family owning a total of 615,000 acres. Dr. Howell Lykes left his medical career behind in South Carolina to take over a 500-acre cattle ranch on the north-central coast of Florida. Lykes Brothers, Inc. was started by Dr. Howell and his 7 sons which ended up including Lykes Brothers Steamship Company, First Florida Bank, Lykes Insurance Company, land, cattle, sugarcane, meat processing, phosphate mining, timber, and citrus. The family has an estimated net worth of $1.2 billion. They had ties to Cuba that started in 1895 but lost their 15,000-acre estate near Havana, Cuba due to the Cuban Revolution. Their acreage includes ranches and farms in Texas and Florida, featuring the 337,000-acre Lykes Ranch in Glades and Highland counties.

Next in line is the O’Connor family originally from Ireland with 580,000 acres of land. The O'Connor clan has expanded on what Irish immigrant Thomas O'Connor, nicknamed “Texas Cattle King,” started when he was awarded a 4,428-acre land grant by the Mexican Government in 1934. He eventually acquired more than 500,000 acres and 100,000 cattle in Texas. Thomas and his son Dennis ventured to dig artesian wells for his cattle, and struck oil about as much as water. The O’Connor ranches have been passed down from one generation to the next and now own acreage across southern and western Texas.

The 16th largest landowner in the U.S. is the Louisiana Martin family having acquired 570,000 acres. Roy O. Martin Sr. relocated to central Louisiana where he started Roy O. Martin Lumber Company currently known as RoyOMartin. His son Roy Martin Jr. took over for him and the company is now controlled by his grandson Roy Martin III. The Martin family’s land ownership is productive timberland located in 32 parishes in Louisiana. It includes 150,000 acres of natural bottomland hardwood, 60,000 acres of natural upland mixed pine/hardwood forests, 61,000 acres set aside in streamside management zones, habitat retention zones, and high conservation value forests, along with 299,000 acres in high-yield plantation management.

Reaching 503,000 acres is the Texas rancher Donald Horton. He founded D.R. Horton in 1978 which has become the largest home construction company in the nation. Horton’s land ownership consists of massive ranches in Texas and New Mexico including 86,000-acre Camp Horton, Spike Box Ranch, the Double V Ranch, York Ranch, and the 292,700-acre Great Western Ranch that sold for $59 million.

At 500,000 acres, the Stimson family own one of the oldest timber companies in the U.S. Stimson Lumber Company was founded by Thomas Stimson. The beginnings predate the Civil War and trace back to Grand Rapids, Michigan in 1850. After Thomas Stimson, the company was passed to his son Willard Horace Stimson, then to his grandson Charles Willard Stimson. The family owns and operates spruce, fir, and redwood mills in Oregon, Idaho, Montana, and eastern Washington. The company claims that every mill they own produces green energy and uses 100% of the fiber from every log.

Owning 477,000 acres is the Westervelt heirs who own an extremely successful southern business called The Westervelt Company. Herbert E. Westervelt started the Prairie State Paper Company that used wheat straw and wood pulp in Illinois in 1884. The company’s signature product was flat-bottom paper bags and changed its name to E-Z Opener Bag Company, then moved to Tuscaloosa in 1927 as the Gulf States Paper Company. Herbert’s grandson Jack Westervelt Warner presided over the company for 50 years and the business became an American leader in the paper industry. The Westervelt heirs currently own acreage and operations in Alabama, Georgia, Mississippi, Florida, and South Carolina. The Westervelt company includes ecological services, lumber, wildlife services, natural resources, sports lodges, renewable energy, and real estate.

Last but not least on the list is the farming and ranching Simplot family owning 443,091 acres. Jack Simplot founded the J.R. Simplot Company based in Boise, Idaho that specialized in potato products. The company became the largest supplier of fresh potatoes in the U.S. and in 1967 agreed in a handshake deal to supply frozen french fries to the Mcdonald’s fast food chain. By 2005, the J.R. Simplot Company supplied more than half of the frozen french to Mcdonald’s. Today the family owns around 40 farms in southern Idaho and southern Washington totaling about 82,500 acres. They also own more than a dozen ranches with 30,000 cows in Idaho, Nevada, Oregon, and Washington. Included in the business operations is mining, fertilizer manufacturing, food processing, and retail as well as farming and ranching.

These 20 landowners account for 0.8% of the 2.43 billion acres that make up the United States, or 19,606,306 acres. These are people who have certainly taken advantage of the freedom to own property. Abraham Lincoln said, “Laws change, people die, the land remains.” Land has without a doubt been a wise investment for these landowners and their families for past generations and generations to come. 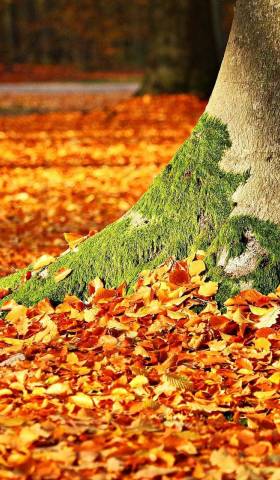 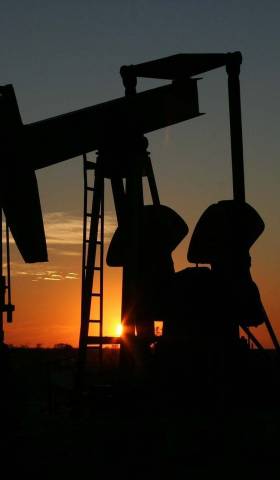