Corn: the Crop That Shaped the New World

Where’s all the gold? Instead of finding piles of gold, Christopher Columbus found fields of corn when he arrived in the New World. He recorded in his journal that the men had found a land planted with a sort of grain they call maize, which is very well tasted when boiled, roasted, or made into porridge. Today corn is the most widely produced feed grain in the United States according to the USDA and is produced naturally on every continent in the world except Antarctica.

Although we use the word corn in the United States, most of the world uses the term maize. The origin of the word maize is derived from the word mahiz, which comes from the Taino language of the Caribbean Islands meaning “sacred mother” and “giver of life.”

In 2002, an influential study conducted by Yoshihiro Matsuoka provided valuable insight into the history, specifically the origin, of maize. Prior to this research, it was believed maize arose from multiple independent sources. Matsuoka discovered it emerged from a single domestication around 9,000 years ago in southern Mexico.

Early maize was quite different than how we know corn today. It was developed from a wild grass known as Teosinte, where the kernels were very small and weren't fused together like modern-day corn. Native Americans began transforming corn by cultivating the plants and encouraging the formation of ears and cobs. They had no way of knowing they were playing a key role in what is now the United States’ largest crop.

Maize started diffusing North from its original source. Around 2100 BC, it made its way into the United States and was first grown in present-day Arizona and New Mexico. Corn continued to spread and in about 900 AD, Native Americans began clearing forests and grasslands in order to cultivate it. Christopher Columbus ended up taking it back to Spain after he was introduced to it in America. Spain then took it and introduced it to Europe.

All of a sudden, corn was playing a crucial role in shaping the New World. It began to be a key component in fighting hunger for people and animals. Corn became the ideal crop for several reasons.

In the late 19th and early 20th centuries, the government controlled the amount of corn that could be produced. In 1972, corn prices spiked as a result of a bad harvest and the sale of 30 million tons to Russia. The Agricultural and Consumer Act of 1973 changed the government’s role in corn production. Instead of limiting production, it would encourage as much production as possible and guarantee farmers a target price for their bushels. The Chicago Board of Trade determines corn prices.

The location where the concentration of corn is produced in the U.S. is called the “corn belt.” It consists of Illinois, Iowa, Indiana, eastern South Dakota and Nebraska, western Kentucky and Ohio, and Northern Missouri. There are several different types of corn.

Corn has become a fundamental commodity in the United States and throughout the world. There are many uses for this prominent crop. Here's a few.

Scientists have discovered corn has many significant health benefits due to the presence of nutrients like vitamin A, B, and E, niacin, thiamin, fiber, folic acid, and pantothenic acid. It’s important to note, different types of corn contain different types of nutrients with varying amounts. Here are a few ways you can benefit from consuming corn.

Today corn is the largest component of global coarse grain trade, accounting for about two-thirds of the volume. More than 90 million acres in the U.S are planted to corn according to the USDA and the World of Corn reported 81.5 million acres were harvested. The United States is the world’s largest producer of corn and in 2019, produced 13.7 million bushels. At an average price per bushel of $3.85, that comes out to a corn crop value of over $52.7 billion. 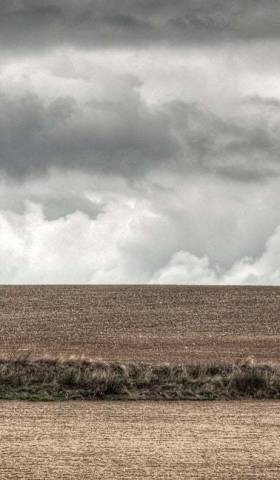